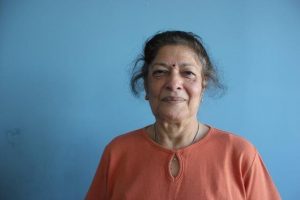 What is this festival?

Naw or Nav means nine, ratra means night so it is the festival of nine nights. As with all other Hindu festivals there are a few different aspects attached to the festival of Nawratras ie

Seasonal: The nawratras are celebrated twice a year, in the Spring, Chatria Navratras and in the Autumn, Sharad Navratras.

Chaitra is the first month of the Hindu calendar, festivals in April are New Year Festivals eg Basakhi 13th April.

Navratra are celebrated all over India and the names are:
Happy Chieti chaand – Sindhi

Historical: Some significant events that took place on the full moon day of the Chaitra, ie April Spring Navrtras

CELEBRATIONS: or PUJAS PERFORMED DURING NAVRATRI:

The nine days are devoted to Maa Durga and each day a specific Devi is worshipped, and this varies in different parts of India.

However, the underlying concept is the same all over.

Basically, all devotees perform Pujas to signify victory of good over evil.

It is believed that during the Chaitra Navratras worshiping of Maa Durga in all he nine avatars helps us evolve personally and Spiritually. Life is almost like a project and that is how the Puja is structured.

Just as Lord Rama, after these 9 days exercise sent his troops in to Sri Lanka and they were able to defeat Ravan and rescue Maa Sita.

Eventually, purpose of Navratras is: To meditate on the above historical aspects, learn lessons to see how life for all can be improved and be evolved Spiritually. This concept is refreshed twice a year. Spring and Autumn.