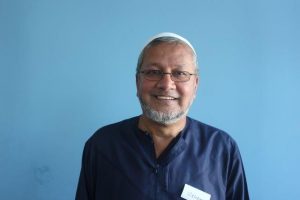 Every year, Muslims young and old, rich and poor, kings and peasants from all over the world take part in the largest gathering on Earth; the Hajj, or pilgrimage to Mecca. The Hajj is a religious obligation that every Muslim must fulfil, if financially and physically able at least once in his or her lifetime.

This great annual convention of faith demonstrates the concept of equality of mankind, the most profound message of Islam, which allows no superiority on the basis of race, gender or social status. The only preference in the eyes of God is piety as stated in the Quran: "The best amongst you in the eyes of God is most righteous."

During the days of the Hajj, Muslims dress in the same simple way, observe the same regulations and say the same prayers at the same time in the same manner, with the same objective. There is no royalty and aristocracy, but humility and devotion. Such instances confirm the commitment of Muslims - all Muslims - to God. It affirms their readiness to leave the material interest for His sake.

This year the Hajj period is during the second week of July when pilgrims will have made their way to Mecca in order to fulfil their fifth pillar of Islam – Hajj – a pillar that has countless objectives which we cannot do justice to in this brief article. Suffice to say these days represent the zenith of every Muslim's lifetime.

During the Hajj period Muslims will celebrate Eid Al Adha, which translates to “Feast of Sacrifice” on Saturday the 9th July 2022 (subject to moon sighting)

The Hajj resembles the re-enactment of the experiences of the Prophet Abraham, whose selfless sacrifice has no parallel in the history of humankind.

The various conflicts in the world and the post-covid recovery period means that ordinary families around the world are at their most vulnerable. With soaring prices of energy and essential commodities, families will be struggling to make ends meet and it is our duty as society and followers of faith to assist those that are in need. It is a sad reflection that in 2022, in one of richest nations in the world, that families are facing such hardships. We pray that there is effective leadership in this country to ensure we have a just and caring society.

Mohamed is one of our Muslim representatives and serves as Chair of Redbridge Faith Forum.  He has been a resident of Redbridge since 1989 and is involved with a number of community projects:-

Executive Member of the Formation of Redbridge Muslim Organisation .