What Purim means to me... 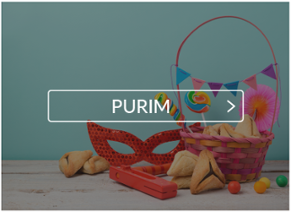 The festival of Purim falls in March this year. It is to celebrate the survival of the Jewish people in Persia. 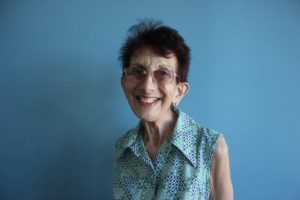 Queen Esther, wife of the King,  Ahasuhearus, petitioned the King to protect his Jewish subjects.

The Chief Minister, Haman, wanted to murder them all.  The Queen persuaded her husband that her people were loyal to him and the threat came from Haman.

The King believed his wife and Haman was thrown into gaol.

Thus the Jewish people in Persia were saved by their Queen.

Before the start of the festival we have a day of fasting named the Fast of Esther before a happy time commences.

To celebrate this in synagogue we read from the Book of Esther, rattles are shaken at each mention of Haman’s name and sweets showered down from the Ladies gallery at the mention of Esther and her father Mordachai.

My Grandmother used to make her own and the sweetened poppy seed was always a treat for us grandchildren.

Angela has been a Jewish representative on our Board of Trustees since 2014 and is a long term resident of Redbridge. Angela is very involved in community life including Redbridge Pensioners Forum and Ilford Historical Society.  Angela is particularly interested in in furthering the rights of older people to ensure they enjoy later life.